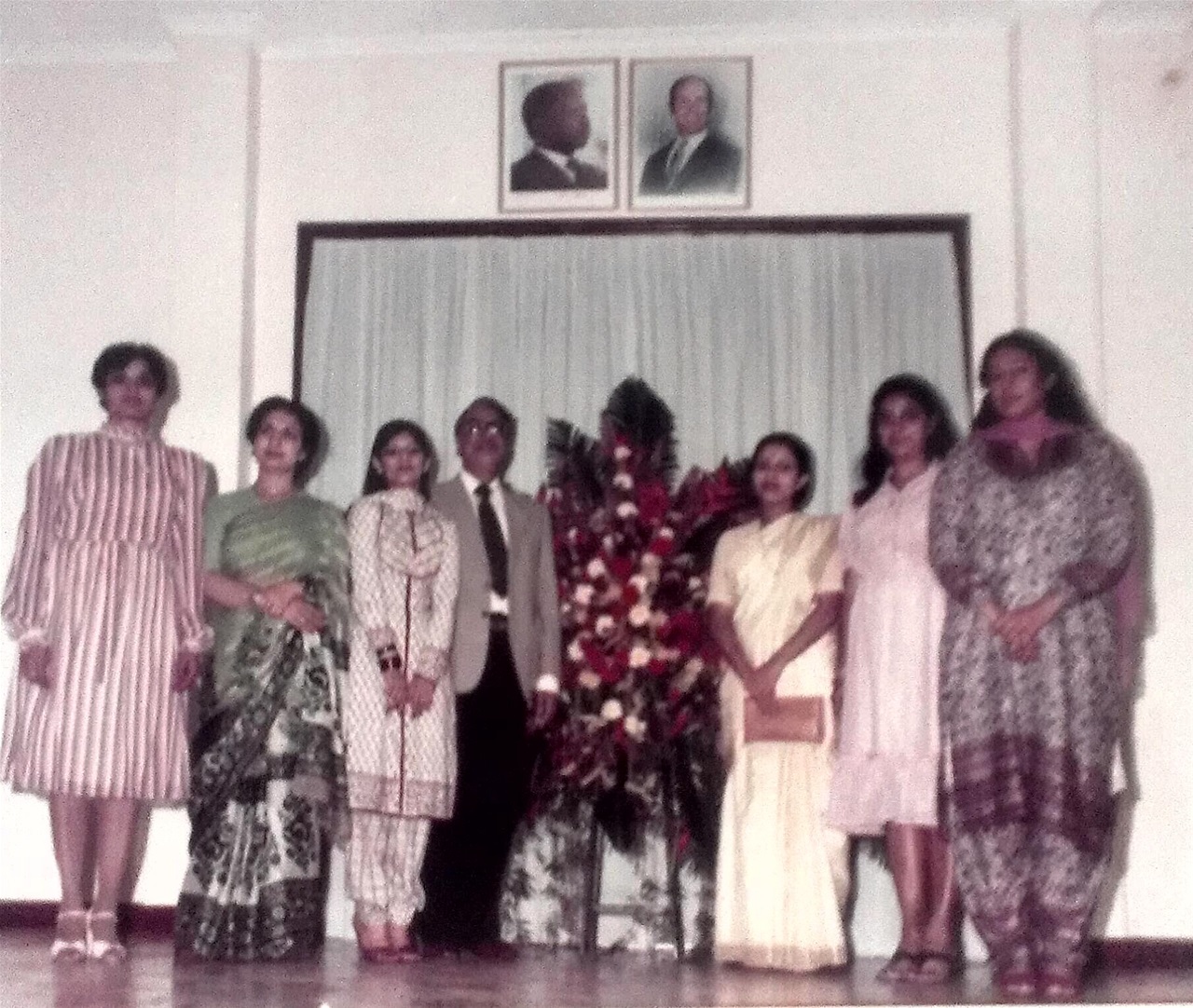 A great teacher, no longer with us. 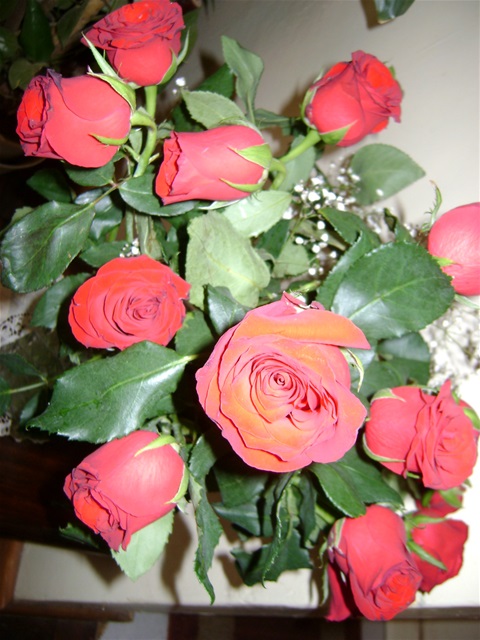 My husband and my son went off to work very early, as usual. At 8.30 a.m. my daughter messaged that she had arrived safely in Jo'Burg where she had gone for a Psychlogists Conference. She had instructed the mechanic to fix her car while she was away. I had to take her 'Vitz' to the Petrol Station in Lavington from where the mechanic was to take the car to their work-shop in industrial area. When I reachd back home, my friend Shamim rang me that our colleague, Parveen Fazal, had just passed away.

We used to teach together at the Aga Khan Academy in the '80s and '90s. I really felt bad. She had been suffering from 'cancer' and had stopped socialising.  I had not seen her for a long time.  I remembered her as a very nice person with a sweet, child-like voice and lovely hair that fell till her knees. In fact we used to call her 'Rapunzel' and she would give us her sweet smile. She was a 'Commerce' teacher and used to teach 'Shorthand' and 'Typing' at  the A.K.A. when I joined to teach 'Science' there in 1979. Whenever I passed near her 'Typing' room, I could hear her instructing her students with love and care.  The students admired and respected her a lot.

She had three, little sons and loved baby girls. So when my daughter was born, she used to pamper her and give her presents whenever she met her. Some time later she left the Academy and we had contact only rarely, usually at Shamim's house. Shamim lived alone, as she did not have a family so she used to make a point of having friends' get-togethers at her place. In all these years, Parveen came to my house once to congratulate us when my daughter topped her B.A. class at the U.S.I.U. She still loved my daughter who had now grown into a fine, young lady.

When her sons grew big and got married, Parveen invited us all to her beautiful house in Runda. She was a talented cook and a wondeful host. For hours we all would talk about our days at the Academy and look at old photos in which we were all so young!

Later when she was sick, she did not want visitors. I met her a couple of time in the 'mosque' and found her quite weak but her smile and voice were as sweet as ever.

When I heard of her death, I realised that his was life - you have to leave this world one by one but no-one knows who is going next and when. Only memories are left behind, only memories............

Parveen has left behind her husband, sons, daughters-in-law and six grand children. She had a good life - was a wonderful wife a devoted mother and a born teacher.  She will always be remembered fondly by all her colleagues, freiends and students.

May she rest in peace. Amen 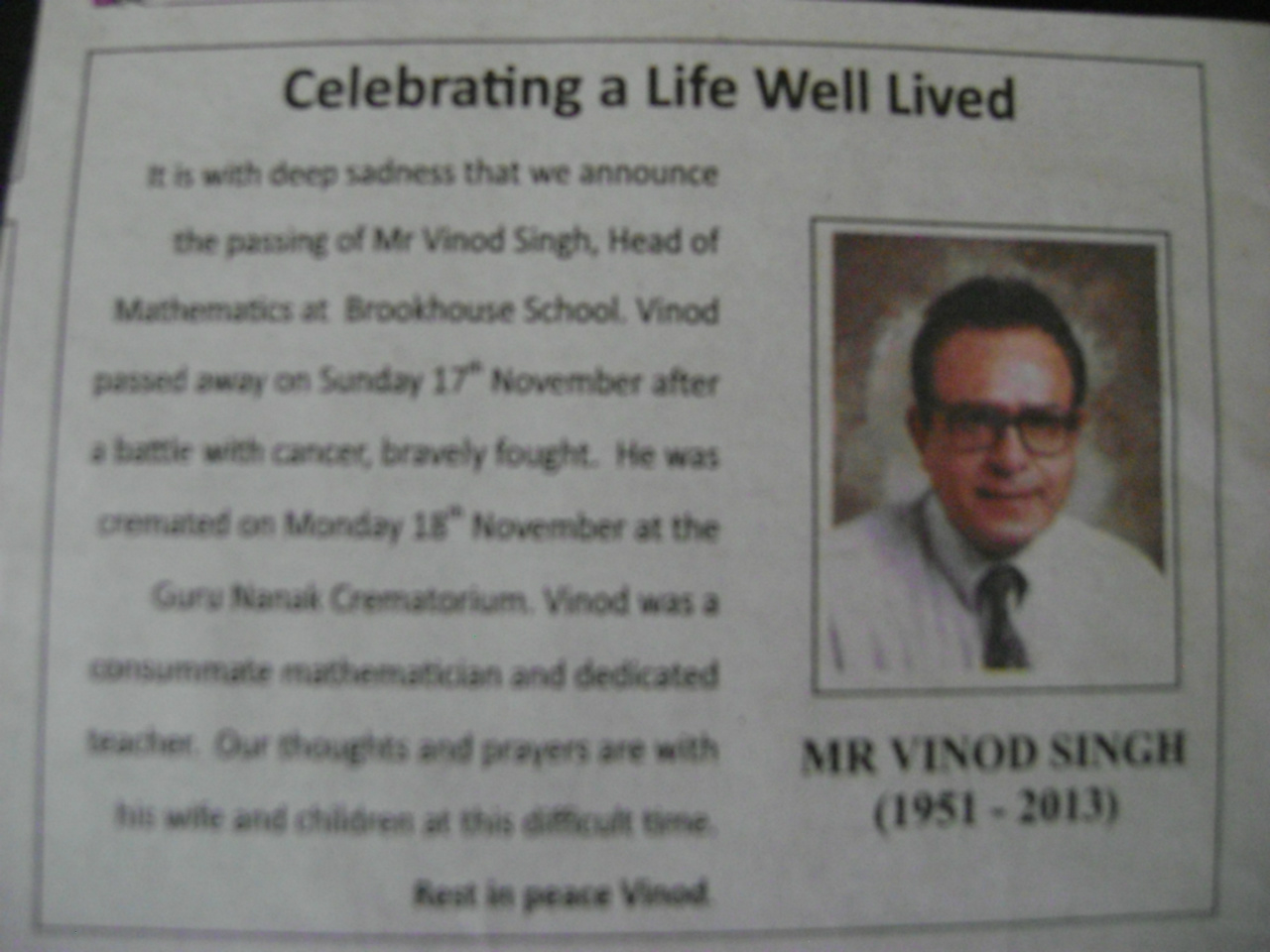 The whole day, it was raining hard making the atmosphere cloudy and dark.  At lunch time, my son came back from work - he was feeling unwell.  I served him some fish and coconut rice that I had made for him and he went to sleep.  My daughter had returned from Jo'Burg last night after attending a conference. Some clients had called her this morning so she had to go and see them in her clinic.

My friend and colleague, Mrs Miheso, from N.J.A., texted me about the sudden death of Mr. Vinod Singh. I felt sorry - he had been a struggling teacher whole of his life.

I knew him since 1978 when we were teaching at Arya Boys' Secondary School, Ngara, Nairobi. He was a young man, fresh from India at that time. He liked teaching Mathematics and was really good at handling the over energetic boys in the school. During his free lessons, I saw him sculpting the blackboard chalk sticks into figurines of exquisite shapes - he was indeed very artistic.

Most of the teachers in this school were very hard working and ambitious.  Soon a group migrated from here to the Aga Khan Academy in Parklands. Mr. Vinod, Mr. Garewal, Ms. Tajinder Channa and I were amongst them. Comparatively this was a huge school so teachers hardly saw each other as they all had 'heavy' loads of teaching lessons. It was at lunch time that people would meet when eating the canteen food at a big, long table in the middle of the staff-room upstairs. Teachers were cordial with each other. They were all from diverse religions and cultures; celebrating many festivals like Christmas, Idd and Diwali together. Vinod became my 'raakhee' brother and often he would talk to me about his parents in India and a sister in the U.K.

After a few years at the Academy, he was restless; he did not want to be dominated by other fellow teachers and was known to have a terrible temper. He left A.K.A. and joined Nairobi School on Waiyaki Way. He was given a school house in the compound.  I heard that he had gone to India to get married so I visited him with my little daughter and even took a present for him. He wanted some 'mutton' so In took some kilos of meat, too.

I had seen him after quite long. He showed me his wedding album - the bride was a lovely, doe-eyed, young Indian girl. The marriage had taken place in India. When I asked him where the bride was, he seemed very sad. He told me that she had come with him to Nairobi and after a few months she wanted to go back to visit India where she had an accident and died! I was shocked and speechless.

Over the years, I lost contact with him. I was busy with my own home, family,  children and my teaching career. I would hear about him from colleagues. He married a Kikuyu lady and had three sons. His teaching flourished from one school to another and as chance would have it - I met him again after 20 years when he came to teach at N.J.A where I was also working.

His children had grown up and apparently, they were giving him a tough time. They were rebellious teen-agers, full of energy and strong headed like their Dad (that's what Vinod said!).  Their Mum had opened a small restaurant in town and Mr Vinod Singh still tutored children after school, in the week-ends and during vacations, in his house in Parklands. He was driving an old 'Sunny' which was more off the road than on. 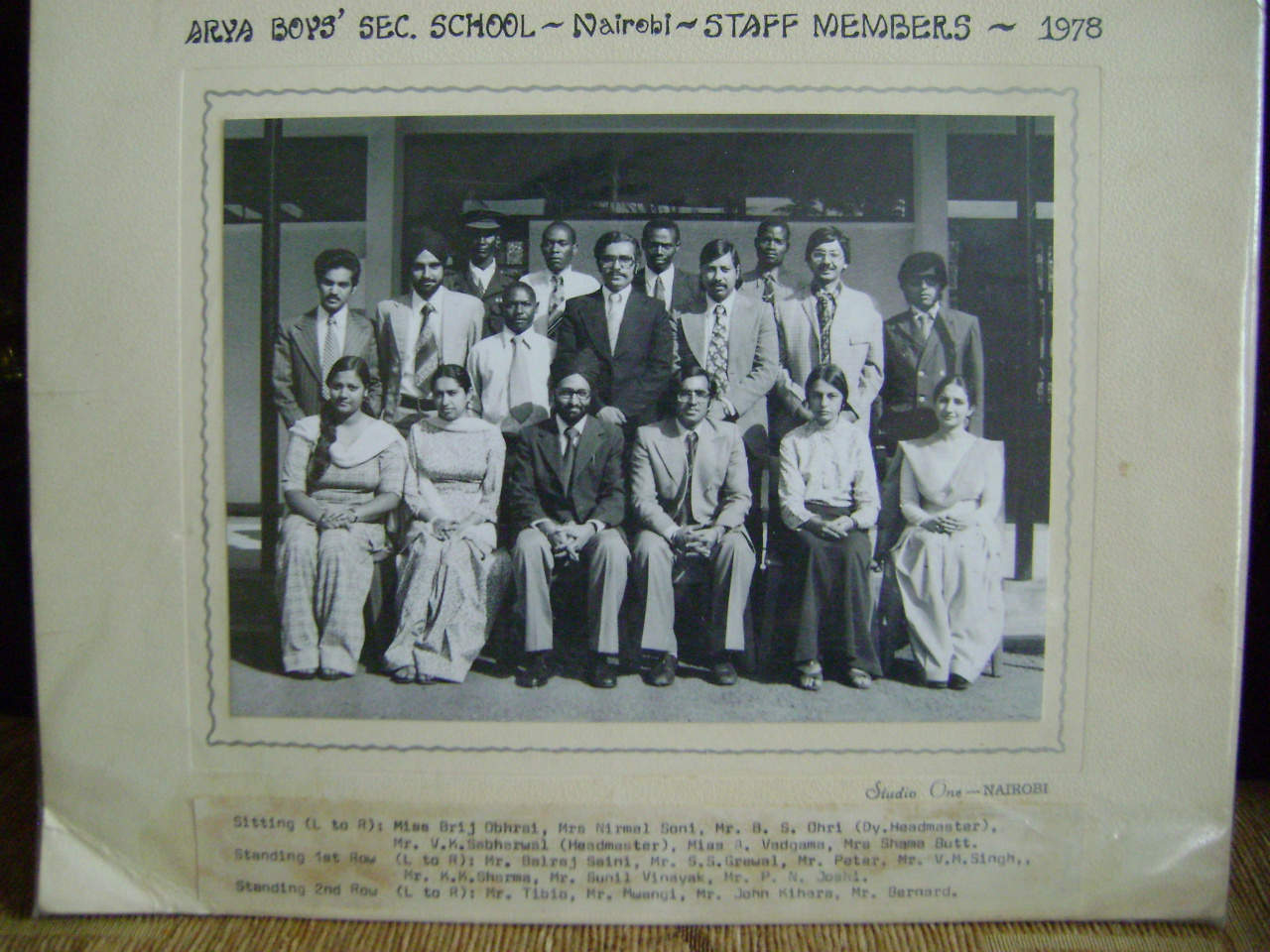 His hard work was taking toll on him. His hair was now a mop of white and he had continuous, nagging cough - he had not left his smoking passion.  He was still good at handling the indisciplined boys at N.J.A. and many a times he would help out other teachers to control their rowdiness. With his tall, imposing personality, soft, husky voice and a great sense of humour he was admired by every body. But when he angered, he was thunderous - the 'imps' shuddered under his grip!

He loved to play 'Chess' and 'Sudoku' puzzles and surely Singh was King during his Math classes. He was the favourite teacher of many students with whom he had a fantastic rapport. During break sometimes he would take them for a 'treat' to the school canteen. At times, he would buy a whole tray of 'bhajias' for all the teachers.

Not withstanding undue interference and dominance from the administration, he one day, walked out of N.J.A., not to return. He was a proud man and did not want to succumb to other's moods and whims at the working place.

He continued tutoring pupils at home and then recently he joined 'Brookhouse School', Langata, as the Math Head of Department.  The school was really far from his Parklands house but he endured, with courage, all the challenges  of life.

He persevered and strifed and helped his students to make a difference in their lives with his dedication and committment to the teaching profession. He succumbed to Cancer and passed away on 17th November, 2013.

Mr. Vinod Singh will be greatly missed by all his family, friends, students and colleagues. We all salute him - the great Math teacher that he was. May God rest his soul in peace. Amen

My dear friend Shamim, you left us so suddenly - it was heart breaking! we will always miss you. Your charming personality, love, humour, care and prayers enriched our lives. May you rest in peace in your heavenly abode. Amen 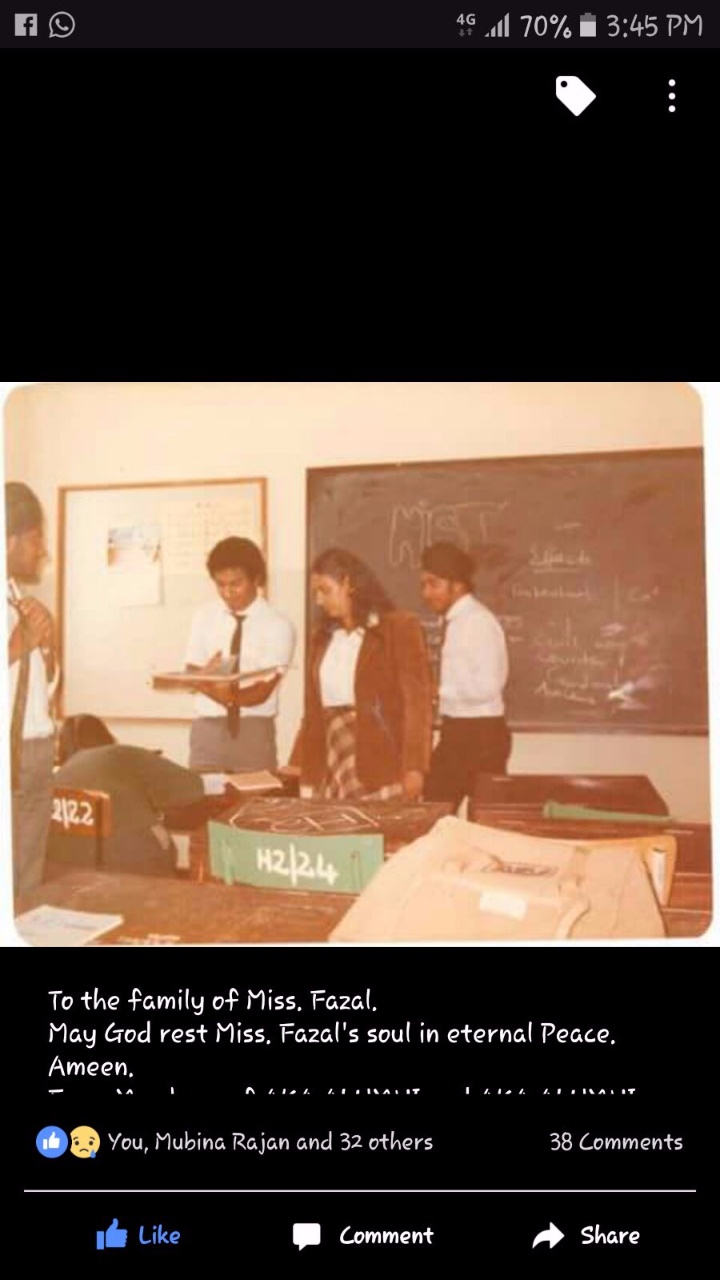 Miss Shamim Fazal was a dedicated, diligent and pains-taking History teacher who went out of her way to help her students with their assignments and projects. All her students loved her especially as she organised many fun activities and trips for them. 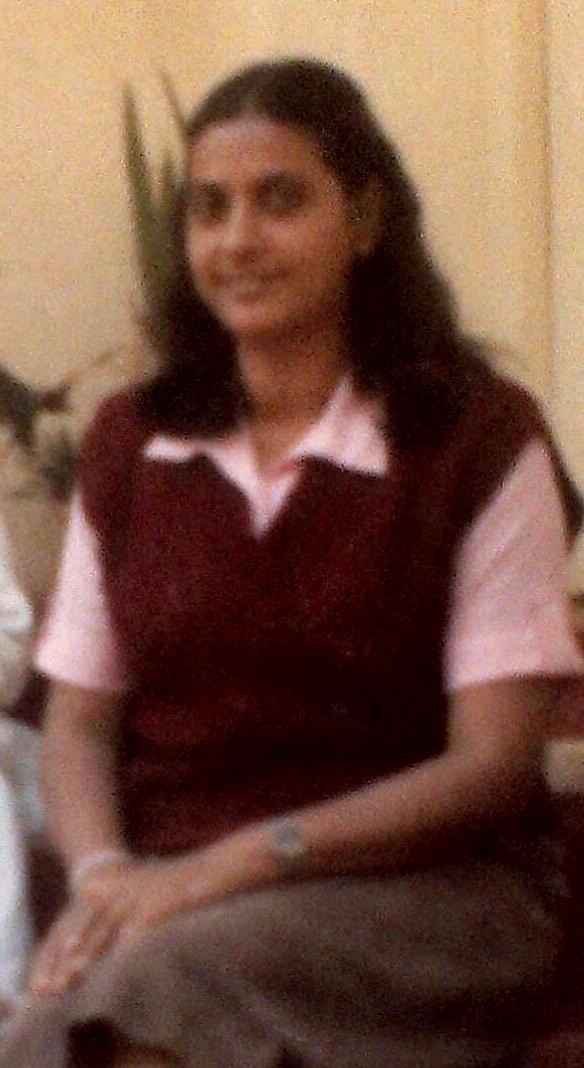 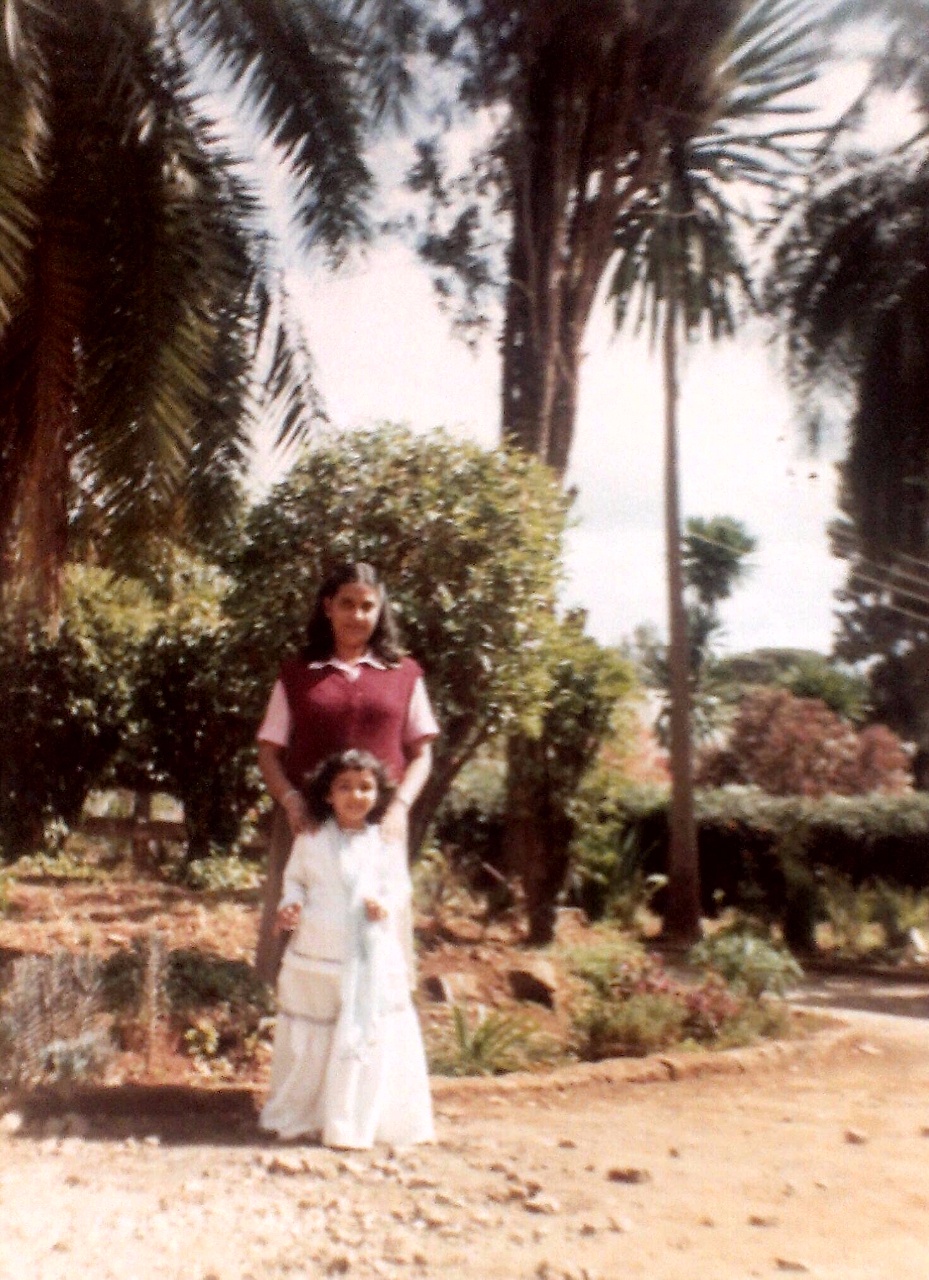 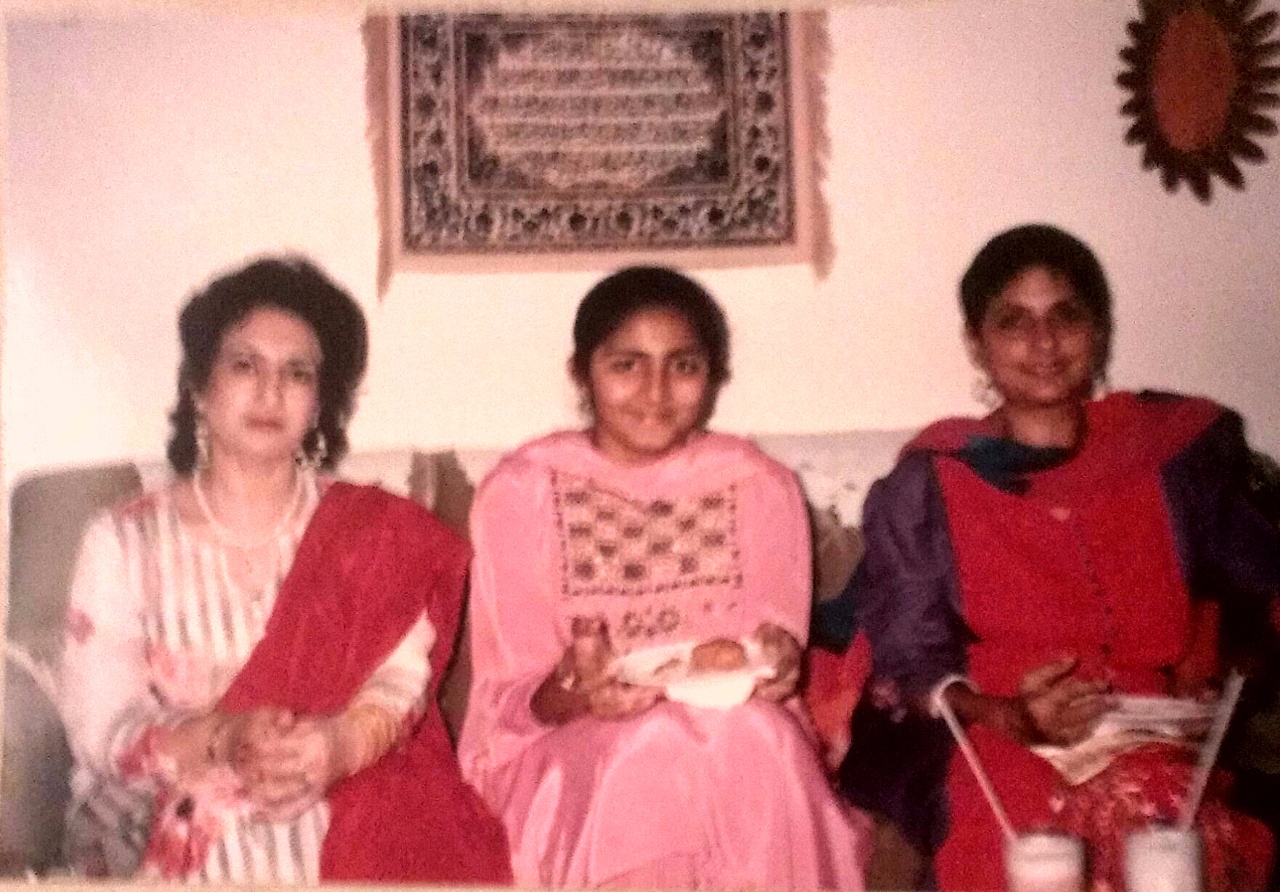 She visited me often and brought along her 'boarders' too. 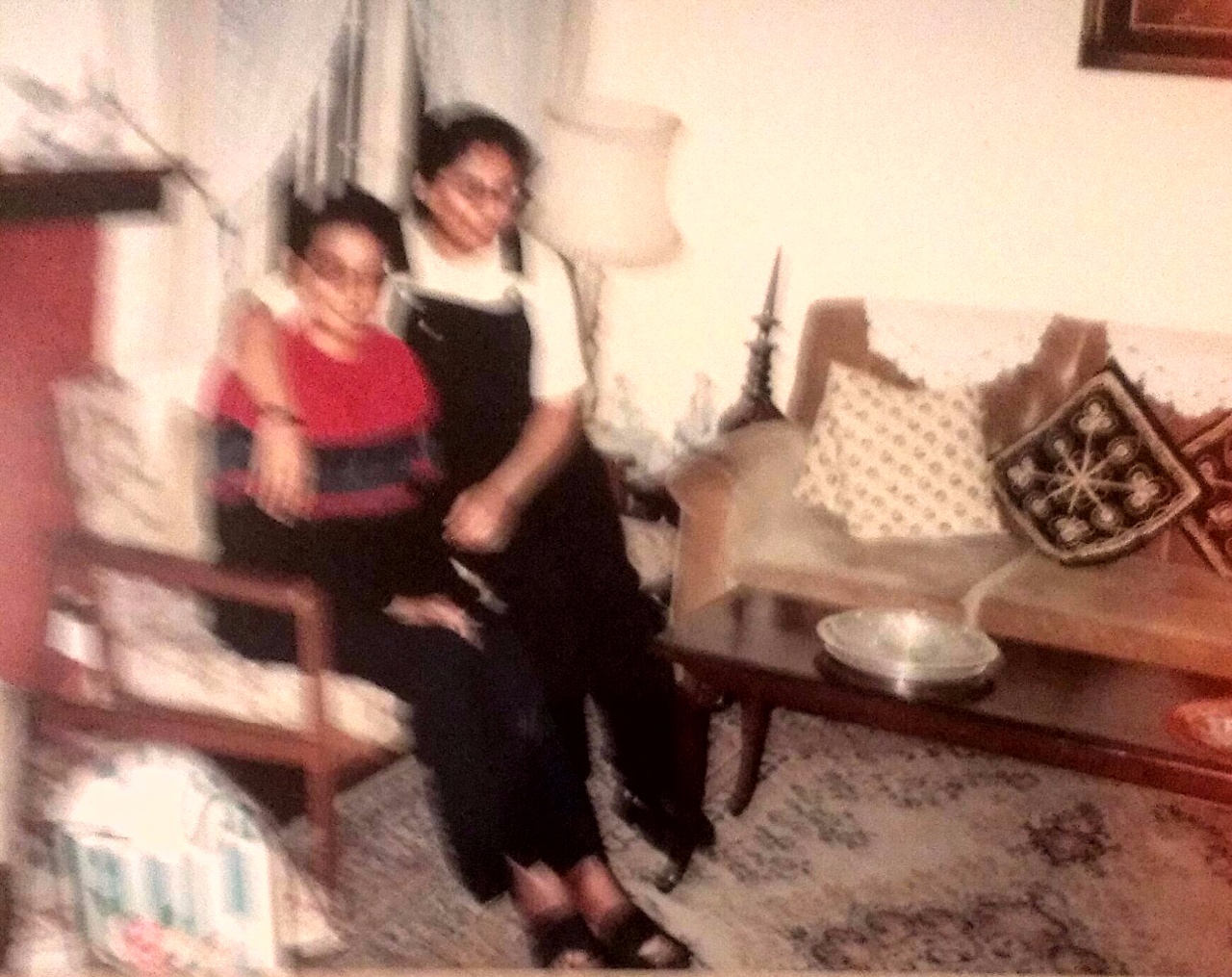 Another of her 'boarders'. She treated them like a mother. 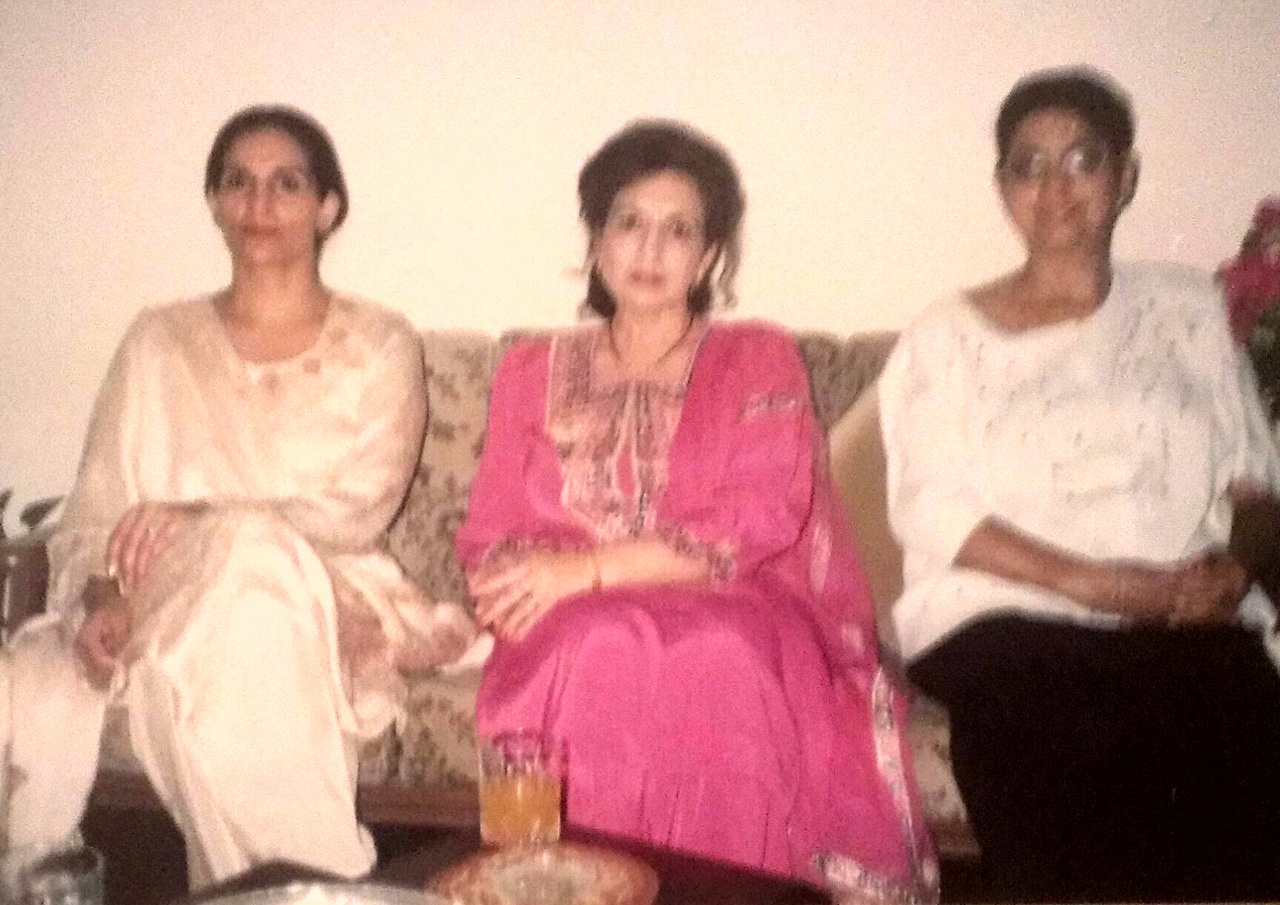 She always wanted people around her and liked to make new friends. 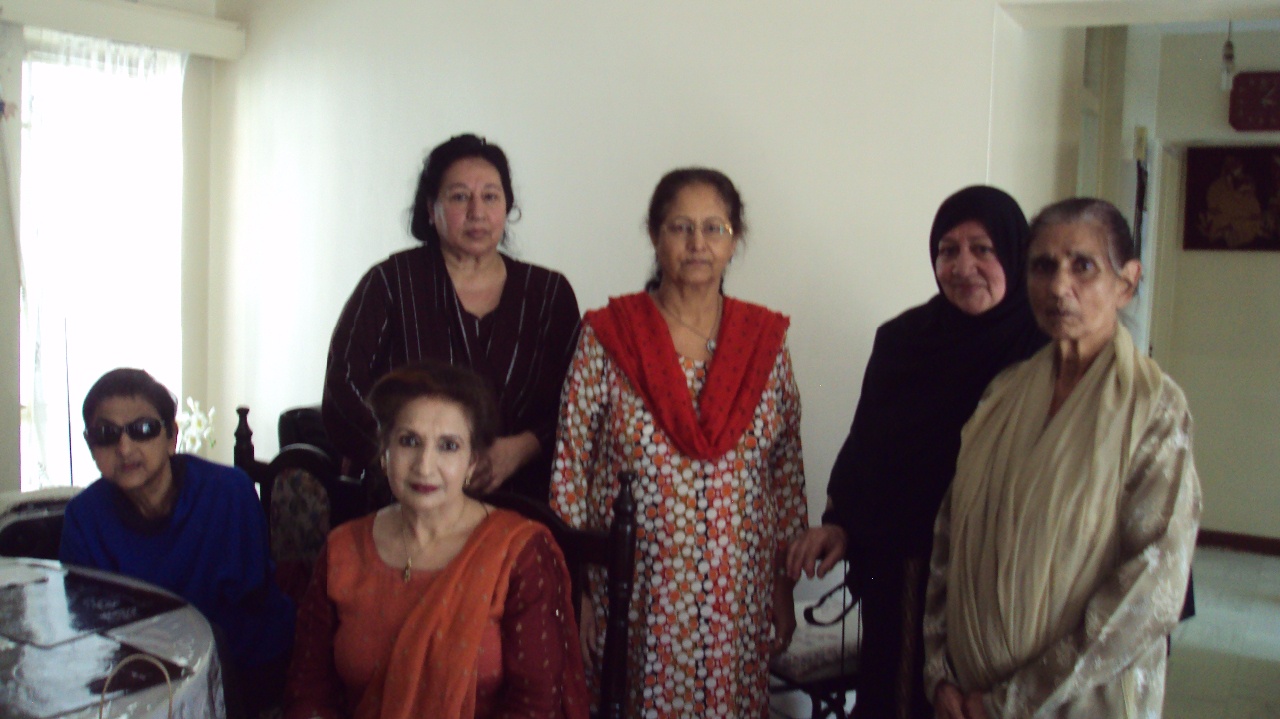 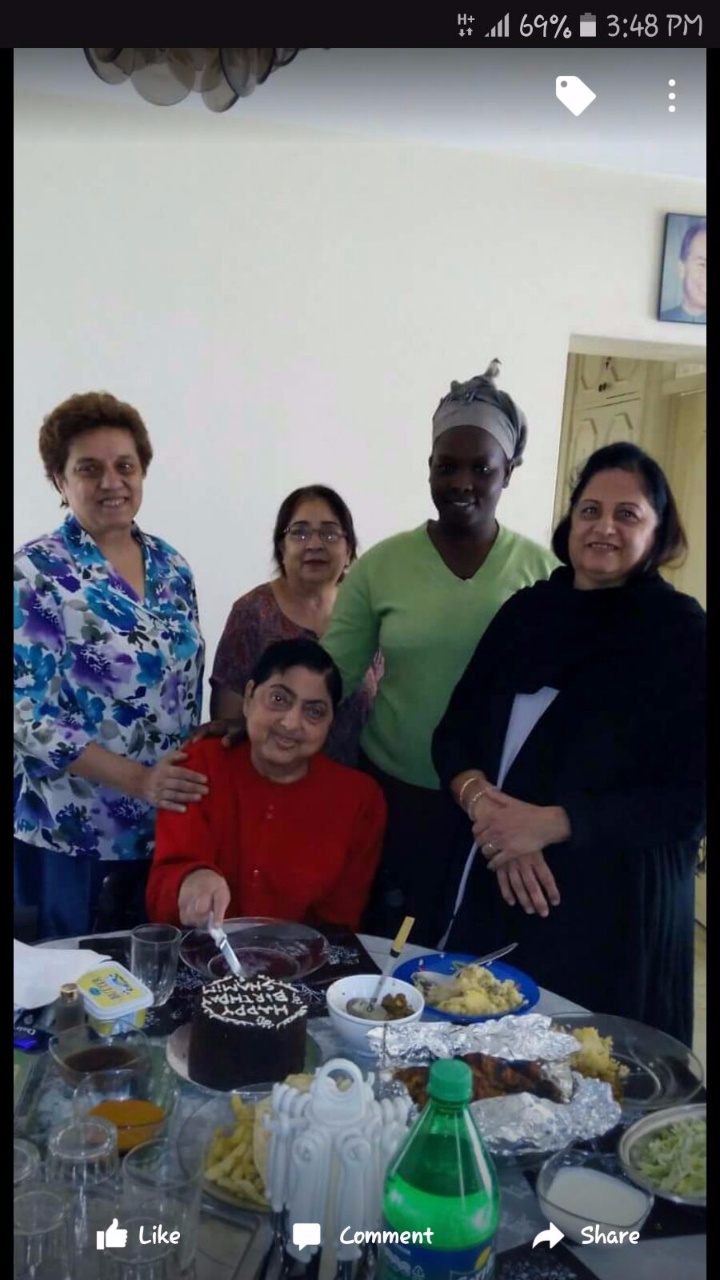 Her last Birthday party - full of hope and livelihood! 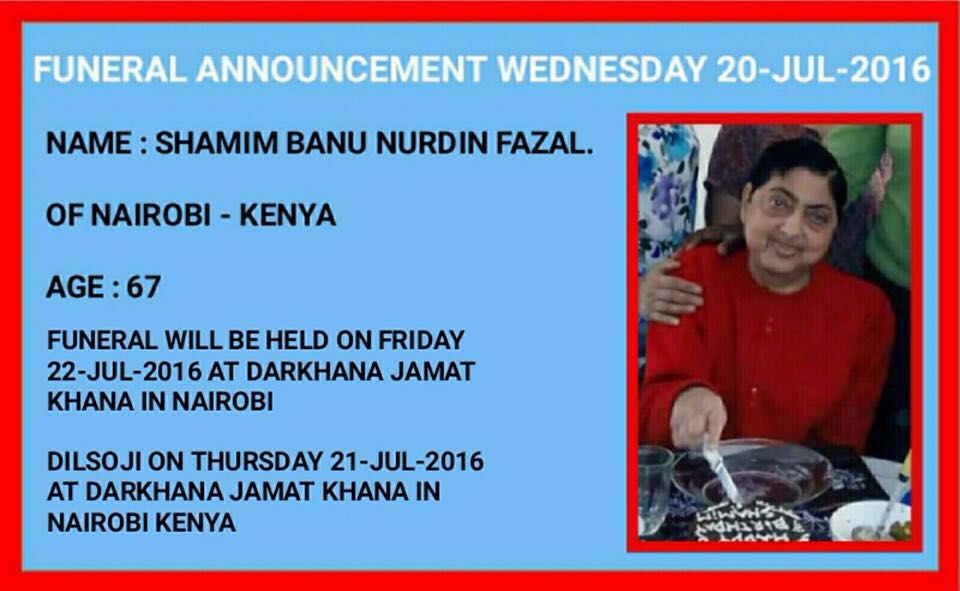 Dear Shamim, we will never forget the good times we shared..... Miss you soooooo much! 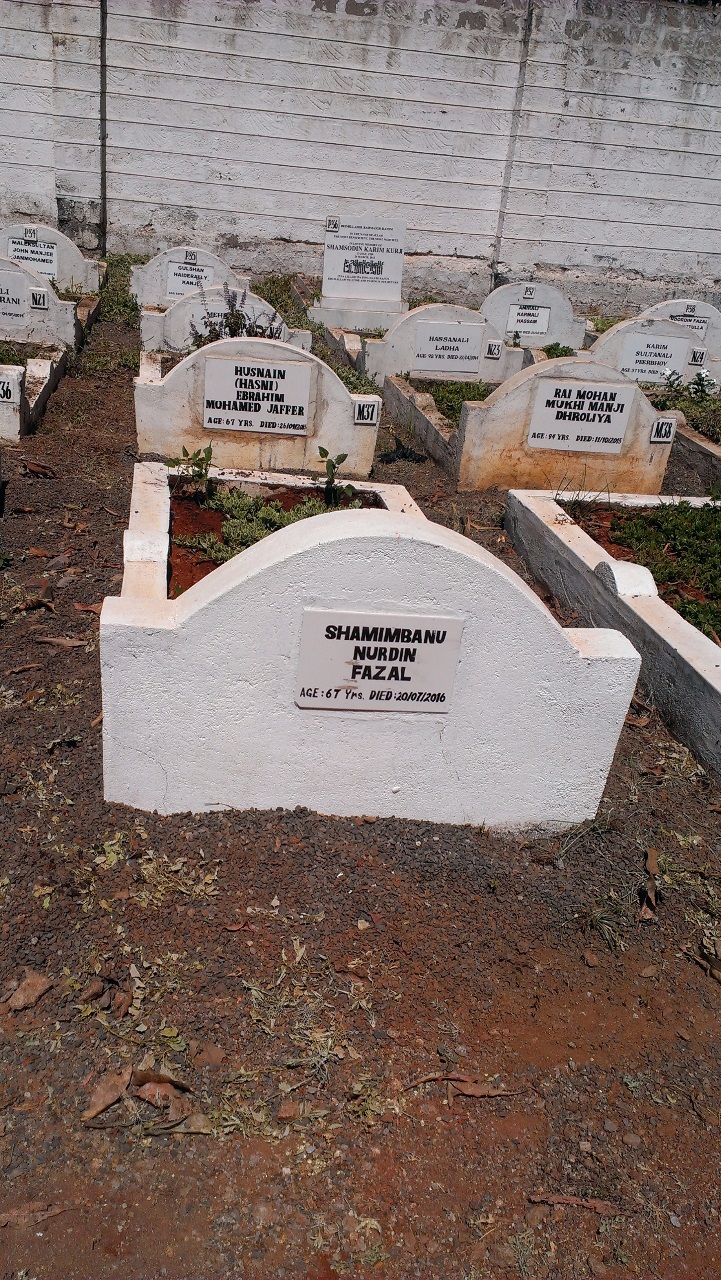 Hi, Is the the same Shamim who had an aunt called Roshan ? I would like to reach out to the rest of the family if somebody can point me in the correct direction.

If someone could message me on ajayshah1@gmail.com maybe i can give you some information please

Yes......Bless you for remembering! Check out other pages also!

Hi Sharma my beloved friend. I have really been toughed by your story about Mr. Singh. Have a blessed week.